Urgent Help please!
Home  >  We are the Champions

We are the Champions

Exploring the importance of play…

OUR Generation’s Young People’s Advisory group have been learning about how to become Play Champions.

They recently participated in an online session with OUR generation partner PlayBoard NI, whose ‘Spaces To Be’ programme is focused on why play is important to building emotional resilience.

Children can become play champions through choosing outside play over screen time. They learn to manage their own risks and make independent decisions which can help them regulate their own emotions.

The PlayBoard team also encourage parents and carers to reflect on their own childhood and the thrills and skills risk taking gave to them. They too can become play champions by making time for play and encouraging outside play, whatever the weather!

The Young People’s Advisory group put all their new found skills into practice when they spent the day at St Columb’s Park in Derry/L~derry recently.

They played games and activities and were taught bushcraft by Far and Wild Adventure.

Some comments from the young people following their session with PlayBoard, on what makes a good Play Champion included:

“Making sure that children and young people have some independence and the chance to make choices. Play is more fun when you have some freedom to decide what you want to do.”

Another added: “Being able to go with the flow. Play is more fun when leaders can improvise and compromise.” 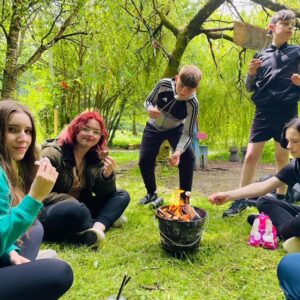 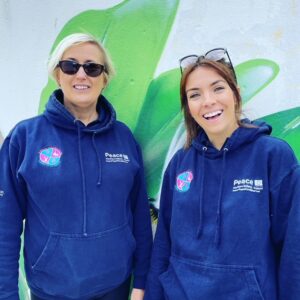 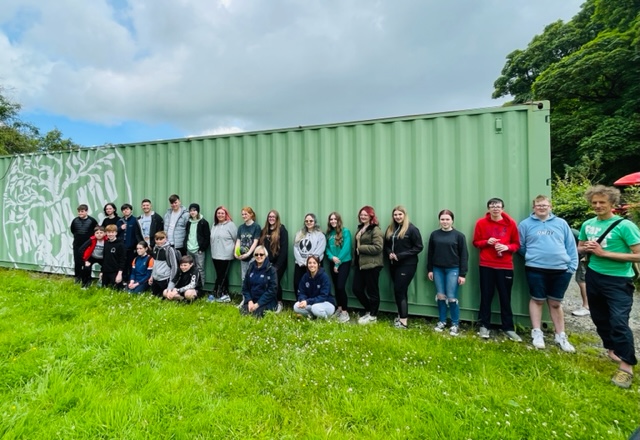